The first evening in Poland was a little more sociable: bowling. Rather than stay in, which is what the teachers seemed to be doing, I tagged along with the students to the bowling alley for our first real bonding session. I was a bit apprehensive when I said to the teacher who I was staying with that I fancied going along. I think she was trying to tell me something when she said that, as a teacher, the kids wouldn’t want her to tag along. Well, I was only a couple of years older – why shouldn’t I go? Everyone seemed to have a great laugh, but I suppose it was a bit cruel of me to drink beer in front of them when they were all underage.

We had our fair share of excursions, first visiting Sandomierz. This was a small mediaeval town, where we spent the day wandering the cobbled streets and historical buildings, much like York. We were entertained in the evening with a visit to an armoury, where we got to dress up and try on majestic clothes and warfare materials, followed by a bountiful banquet and mediaeval dancing. 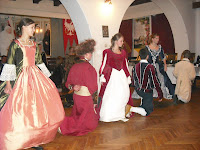 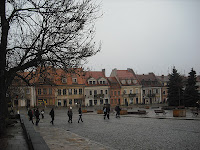 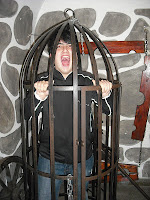 Another day was spent with the teachers at a similar town, the name of which escapes me, but it had the charming ruins of a fortified castle set atop a high mound, offering beautiful views of the surrounding town and river. Unfortunately, the weather in this corner of Poland in November was overcast and miserable, which spoiled things a bit. 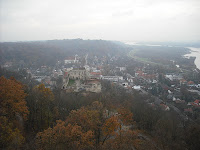 It was back to business at the school, where it was time for more cultural learnings. The students had to research cultural aspects of Poland and then hold a presentation on their findings. This also included Polish lessons for the French kids and French lessons for the Polish kids taught through the medium of English. Needless to say, it wasn’t how to count to ten in Polish that the students remembered, it was more colloquial and less polite phrases taught to them by their Polish peers. A hard day’s work merited some sport sessions later on, including a France vs. Poland football match, and I was quite happy to play for my adopted country, despite being overwhelmingly terrible at most sport. 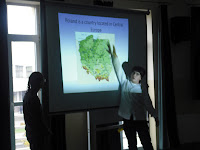 There was one negative aspect to Poland – the food. I’m very fussy and Polish cuisine uses a lot of things that turn my stomach, including but not limited to cabbage, beetroot and mushrooms. Particularly off-putting was the thin pink soup. But sometimes the best thing to do is grin and bear it!

One evening, we were treated to traditional Polish dancing at the local arts centre. Although we were afforded authentic costumed dancers and a live band (including an accordion!), some kids didn’t seem too impressed…that is until they got to have a go themselves. 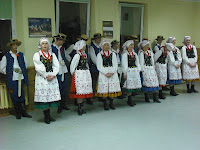 One of my favourite parts of the whole trip was a day out in Kraków. Relatively untouched by the war, the city was an architectural goldmine. It was dominated by mesmerising spires, much like Oxford, and the city had a particularly Polish feel that day as we were lucky enough to visit the day after Polish Independence Day. And because we went in the daytime, the trip wasn’t ruined by any stag parties from Britain spewing their guts out onto the street. 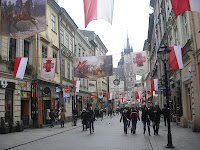 Towards the end of the visit, we had a few events to wrap things up. The French kids put on a show which involved a dance to French camp disco hit Alexandrie Alexandra and I remember taking part in some French karaoke, but I think I decided to blur that memory out.

The final night was spent at the local discotheque to let off some steam and, for us over 18s, to sample the local produce in the form of vodka. A perfect end to an unforgettable trip. 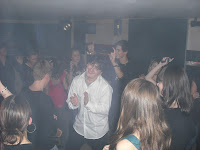